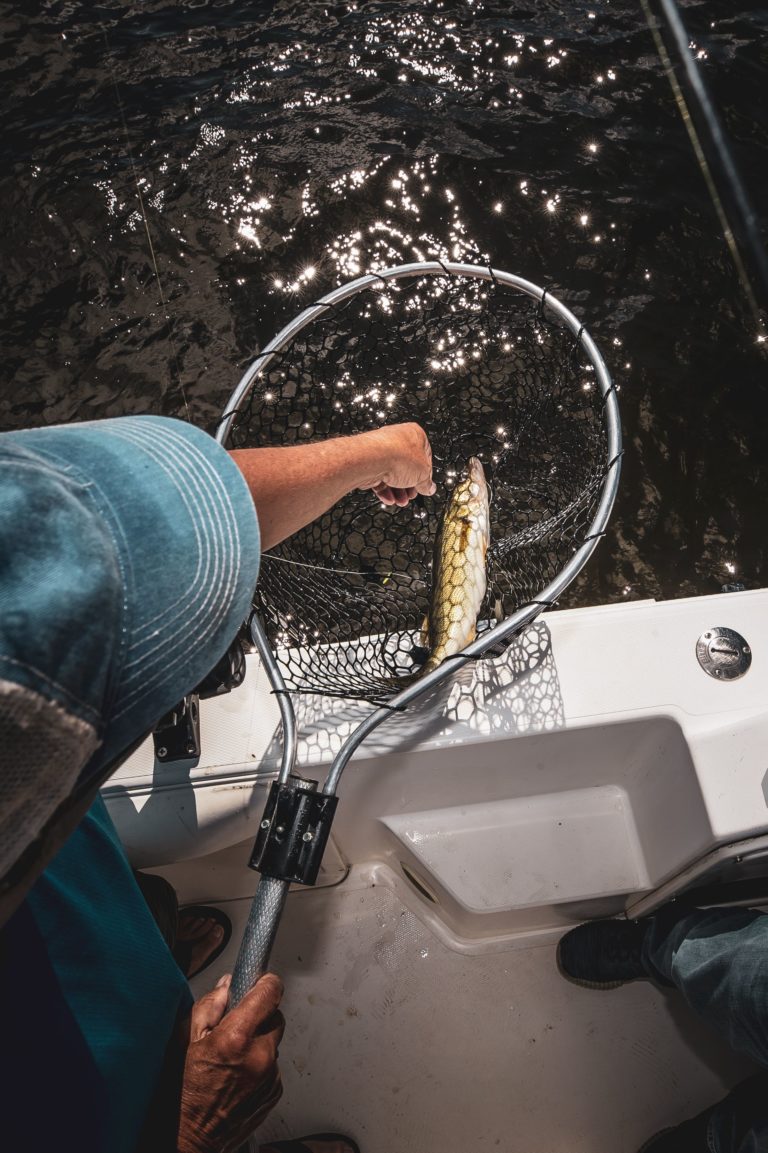 Meeting the Lake of the Woods Fish: Part 2

Here at River Bend Resort, nothing gets our hearts pumping like getting the chance to pull a variety of Lake of the Woods fish out of the water. The minute you feel a tug on your line, you can’t help but wonder what is on the other end. We met 3 of our Lake of the Woods fish in one of our previous blogs, so let’s introduce 4 more of our favorites! 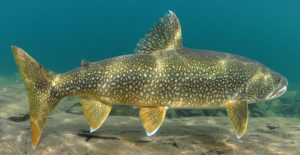 The first fish we will be introducing is the Lake Trout. Lake Trouts are the largest freshwater chars, and they are native to a reasonably small area compared to most other species of fish. Though they can be found in various parts of northern North America, they are only naturally native to the northernmost portions of the United States and Alaska but they are predominantly located in Canada. The largest recorded Lake Trout caught on a line weighed in at 72 lb and measured 59 inches long. The most common sizes range from about 15-30 lb, but Lake Trout weighing around 40 lb are still regularly found by anglers across the north.

Lake Trout prefer colder waters and are therefore often sought more in the ice fishing seasons rather than warmer seasons. During ice fishing, waters are considerably cooler, creating an environment that allows Lake Trout to swim closer to the surface. If you are thinking of tackling these monsters during warmer months, you will want to use things like wireline and jiggers that will sink as far to the bottom as possible. They will likely be found near the center of lakes where the deepest portions of the water would be located as they swim deeper to the colder temperatures. 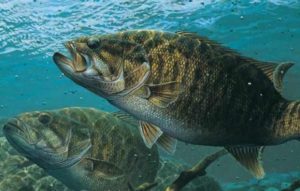 One of the main reasons that many anglers enjoy seeking out Smallmouths is that there is no real specific place to find them other than clearer waters. You can troll, drift, or still fish for these sporty little fish, allowing you to cast your line as you prefer and still reel in a fun catch.

Crappie Fishing Lake of the Woods

Another fish that belongs to the sunfish family are the popular panfish, Crappies. Crappies are popular fish throughout the north as they are abundant in numbers and fun to pull from the waters all year round. They are often closer to the surface than many of the other species in Minnesota waters, so you don’t have to sink your line very far to feel a tug and set your hook on a catch. Although, if you are looking for a more sizeable catch, about 30-35 feet down is the ideal place to drop into the water.

Here on Lake of the Woods, it isn’t very uncommon to find crappies that range from 12-14 inches long in size. Many avid anglers have reported a good number of these fun little fish measuring at over 15 inches. Not only are Crappies fun to catch, but they are also great for cooking and are among the best tasting freshwater fish. 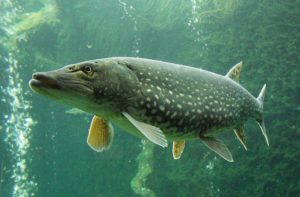 When it comes to fishing in Minnesota, the Northern Pike always seems to be a fan favorite. These carnivorous fish are known for their ambush hunting style and larges size. These predators of the deep are easily recognizable with their long sleek bodies, elongated, spearheaded snouts, and unique fin placement. Their average lengths are between 16-22 inches, with the largest recorded pike measuring at 59 inches.

Northern Pikes are ambush predators and tend to sit in wait of prey, and once something catches their attention, they lunge for the catch. This is why trolling is a popular way to fish for these monsters of the deep. Spinners and spoons are very popular lures used for northerns, but minnows and moving bait are also great as they draw attention. The best places to fish for northerns are in places that allow good hiding spots for them to wait for their prey. Shoreline structures, fallen trees, weedy areas, and areas near drop-offs are best. Larger pikes prefer the deeper water areas for the cooler waters.

The Lake of the Woods Fish are Waiting!

If you love fishing, Northern Minnesota is where you need to be. Here at River Bend Resort, we are located right on the shores of Lake of the Woods and have access to the also abundant waters of the Rainy River. Whether you enjoy summer days on the boat or dropping your line through the ice, you can catch these fish and many more all year long at River Bend Resort. Begin planning your very own fishing trip with us today! 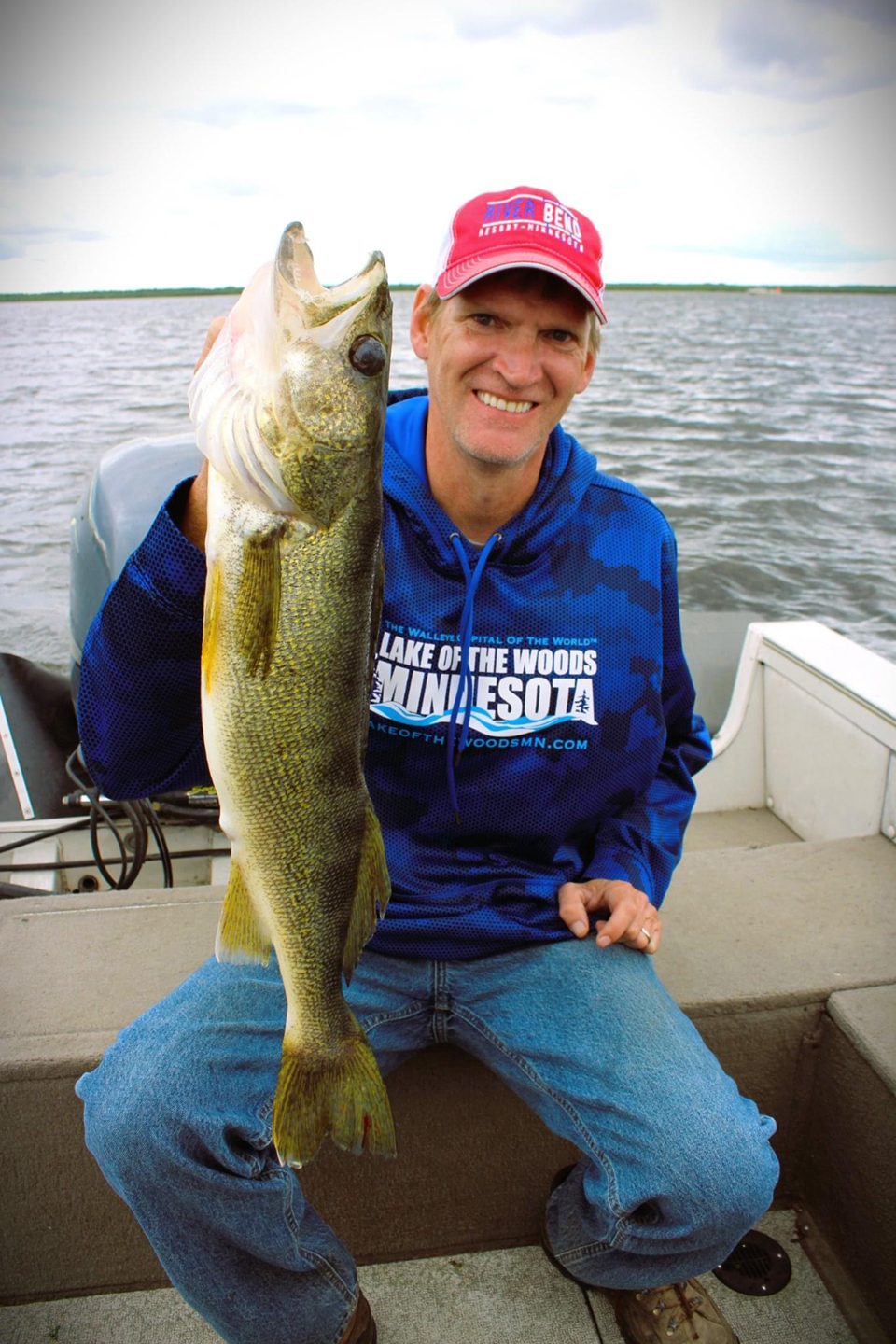 Lake of The Woods MN Fishing Report August 4, 2022. The good news hailing from the beautiful northern waters of Minnesota is the water levels 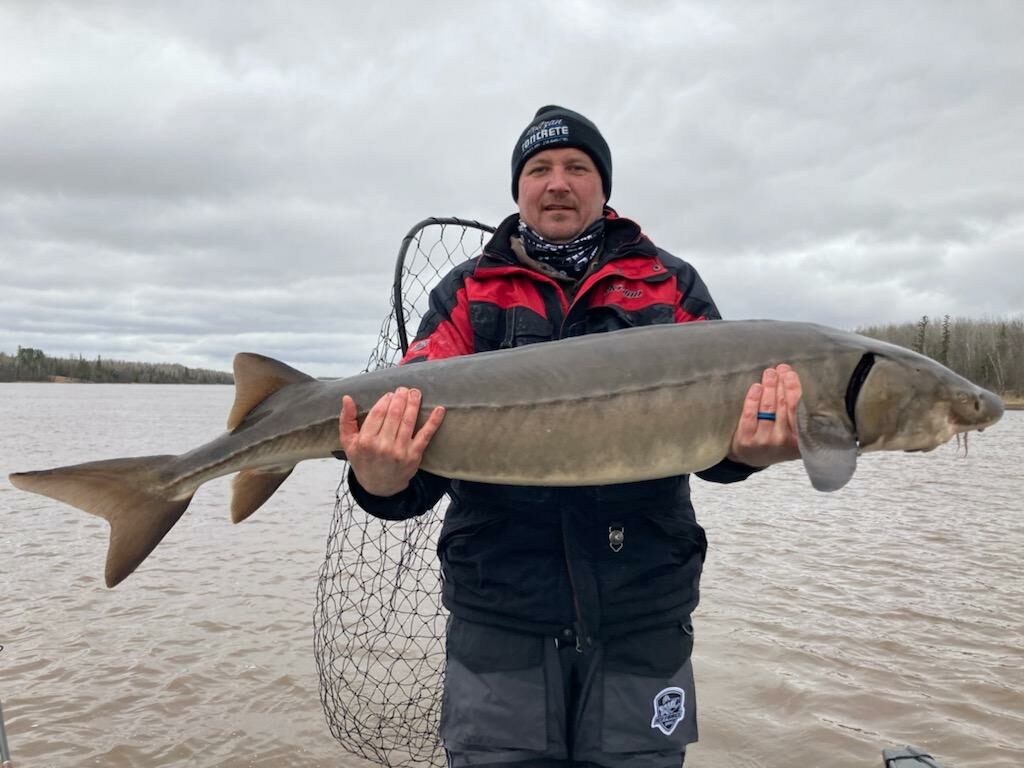 Rainy River sturgeon are a fish that has been around for millions of years and are unlike anything else you will pull out of our waters. Anglers from far and wide make the trip to Rainy River for the chance at pulling in one of these river monsters. 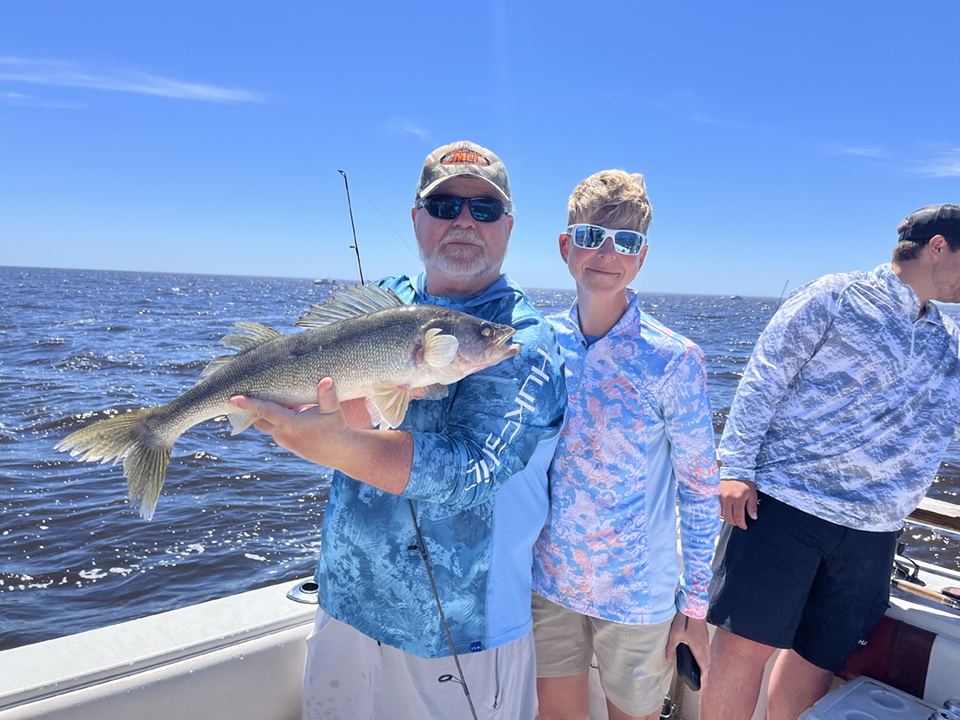 Lake of The Woods MN fishing report July 14, 2022. Imagine if you will, seven boats. Seven boats and seven Captains each loaded with six 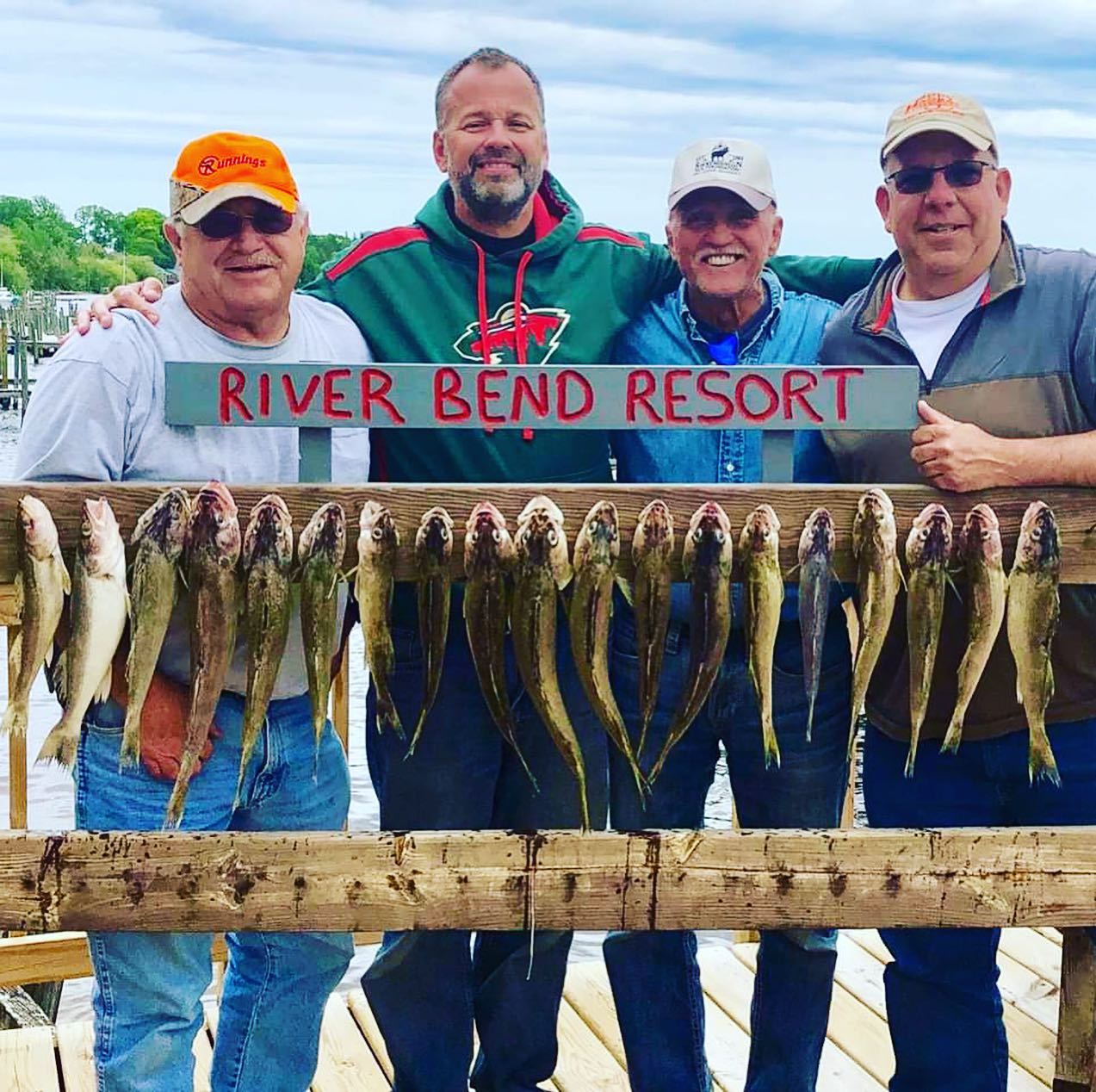 Top 3 Fish Species in Lake of the Woods Minnesota

When it comes to fishing, Lake of the Woods Minnesota is one of the top spots on angler’s lists, and for good reason! With thousands of miles of shoreline and a wide variety of underwater terrain, Lake of the Woods is the perfect place to target multiple fish and try out something new every outing. Amongst the array of species available in the waters, we have a few favorites.